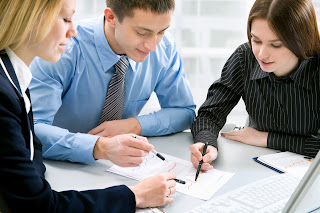 Break-even analysis can be a good tool to estimate costs because the model is relatively simple to use. The information gained from such an analysis can be very useful for making budgeting decisions.

The purpose of break-even analysis is to determine the number of units that must be sold to cover the expenses related to that project. The break-even point is reached when the quantity of units sold exactly covers the costs associated with the project. There are two types of costs to consider: fixed and variable. Fixed costs are those which are independent of the quantity of units sold (or produced). Variable costs, on the other hand, are directly influenced by the number of units sold/produced. The break-even point is calculated by dividing the total fixed costs by the amount of profit each unit generates. The profit earned per unit sold is obtained by subtracting the variable costs involved in producing or selling each unit from the amount of revenue that unit creates. For example, suppose that a hotel has a fixed annual cost of $2,000,000, and the hotel charges a rate of $50 per night for one room.  The variable costs for one room are $30 per night, so $20 of prof it is generated per night per occupied room. $2,000,000 is divided by $20, which means the break-even point is 100,000. That is, if 100,000 nights have been sold, all the operating expenses have been covered.


Of course, simply reaching the break-even point does not do much good. In the before mentioned example the hotel would need to sell more than 100,000 nights to be profitable. If your business needs budgeting assistance, contact us today. Imagine Solutions Group can help your firm operate profitably.
Posted by Unknown at 12:34 PM