The Benefits Of Outsourcing Bookkeeping Services

Bookkeeping is an essential part of any business, but it is also a difficult process. Professionals have to be hired to do this work, and there is now mounting evidence that bringing in a qualified third party to do the work could be largely to the benefit of any business.
Miracleassistant.com makes the point about getting a third party resource quite clear:

When you opt for traditional full time bookkeepers, you have to put in a lot of money for this effort. However, when you chose bookkeeping services provided by virtual assistants you are able to save a lot of money and increase the efficiency of your work as well.

Suddenly, it seems quite obvious why professional bookkeeping services are necessary. Saving time and money on anything is always a positive for businesses. This can all be done at once with bookkeeping services. Though there is an outlay of money at the onset, this is paid for later with the savings that are generated by having these services to begin with.
Another big positive for having bookkeeping services provided by outside sources is that those sources are able to make sure that your company remains within compliance with all of the tax code. The tax code is rather complicated, but remaining in compliance with it is critical. Having an outside bookkeeping service can enable you to get all of this easily.
It is quite a burden off the shoulders of many business owners to have their own bookkeeping service hired and ready to go. It may be worth taking a look at for those who are interested in saving money and saving themselves a little stress at the same time.
Contact us for more reasons why hiring an outside bookkeeping is a smart move.
Posted by Unknown at 12:43 PM 2 comments: 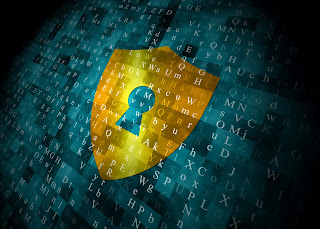 How To Practice Small Business Budgeting That Prepares For The Unexpected 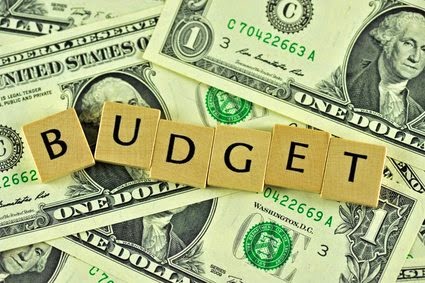 A dollar saved is a dollar earned as they say. For small businesses perhaps that saying should be transformed into "A dollar budgeted for is a dollar earned". The process of budgeting is not the most exciting aspect of running a small business, but it is a vital process by which a business survives. Preparing for the unexpected in particular is a sign of a smart business leader.
Estimates That Are Far From Reality
It is all too easy for many of us to incorrectly estimate either how much money our business will bring in, or how much we are going to spend. Many fall into the habit of preparing for the best case scenario and daydreaming of a reality full of profits when in reality it is better to prepare for the worst that could happen.
If estimates fall too far out of line, it is entirely possible to mess up the budget for the foreseeable future, and no one wants to go down that path.
Paying Bills Late
Individuals frequently pay bills late when they are strapped for cash and have to make decisions between what is getting paid and what isn't. Businesses too fall into this trap from time to time and must decide what their priorities are. Unfortunately, they will also have to be prepared to pay late fees on those bills just as individuals do. See what suncorpbank.com.au says about it,

Even the smallest of businesses have bills to pay, and not paying them on time is going to cost you, even if you think you've budgeted for it. It's better to ensure that you stay on top of your regular outgoings.

Currency Rates
Businesses that deal in international trade (including online businesses) need to consider currency rates. When currencies rates get too far out of line it can put a damper on business profitability rates. This in turn can also make a mess of even a perfectly laid out budget. It is best to prepare for the reality that currency rates change all the time, and to leave some margin of error in the budget for these changes. If the rates happen to fall in your favor then great, but if they don't you want to be prepared for that as well.
Contact us for more information regarding prudent budgeting practices to have as a small business. 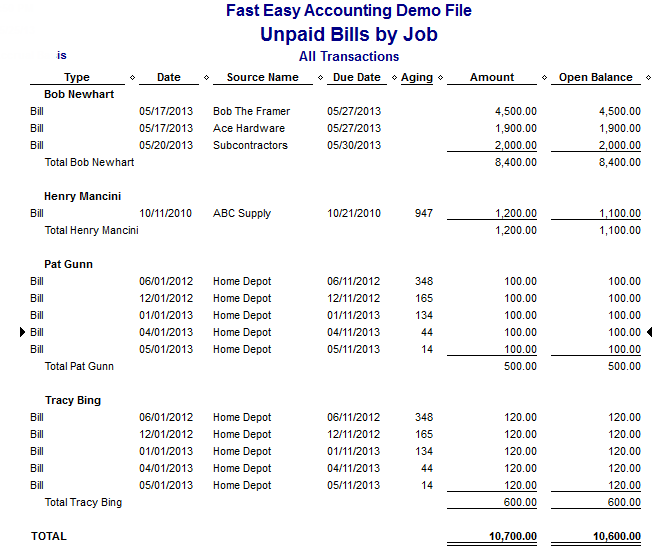 Do you run Quickbooks for your company? Are you on pay when pay contracts with your vendors? Then your life would be so much better if you had an Unpaid Bills by Job report! However, unless you are running the Construction version of Quickbooks you may be missing this handy report. Well you are in luck, here is how to create this report yourself in Quickbooks!


Try using the Custom Summary report and then modify it.Display Tab:Dates = Alluncheck Name and check Source Nameuncheck any column you do not need, like account, clr and split.Total by = CustomerSort by = Source NameFILTERS tab:Account = All Accounts PayableInclude split detail? YesDetail Level = All except SummaryPaid Status = OpenIf this is what you need, click on the Header/Footer tan and change the report title, click OK and then memorize it and you can run the report from the memorized report list and not need to keep changing the filters.